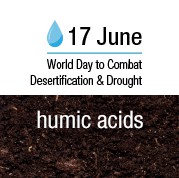 Soil Structure directly affects the ability of soil to resist drought and desertification. Fundamental to soil structure is the presence of Soil Organic Matter (SOM) and, within the SOM component, Humic Acids play a fundamental role. Obviously, soils that have suffered a loss of SOM have also lost most of their Humic Acids.

The Humic Acids are so important because they help hold, or glue, soil particles together to form the aggregates that make up the structure of soil. When the Humic Acids are lost, the Soil Structure collapses, resulting in increased erosion, anaerobic conditions in the soil which reduce growth, and also reduced water infiltration and water holding capacity. All of these conditions increase the effects of droughts and can lead to more rapid desertification. 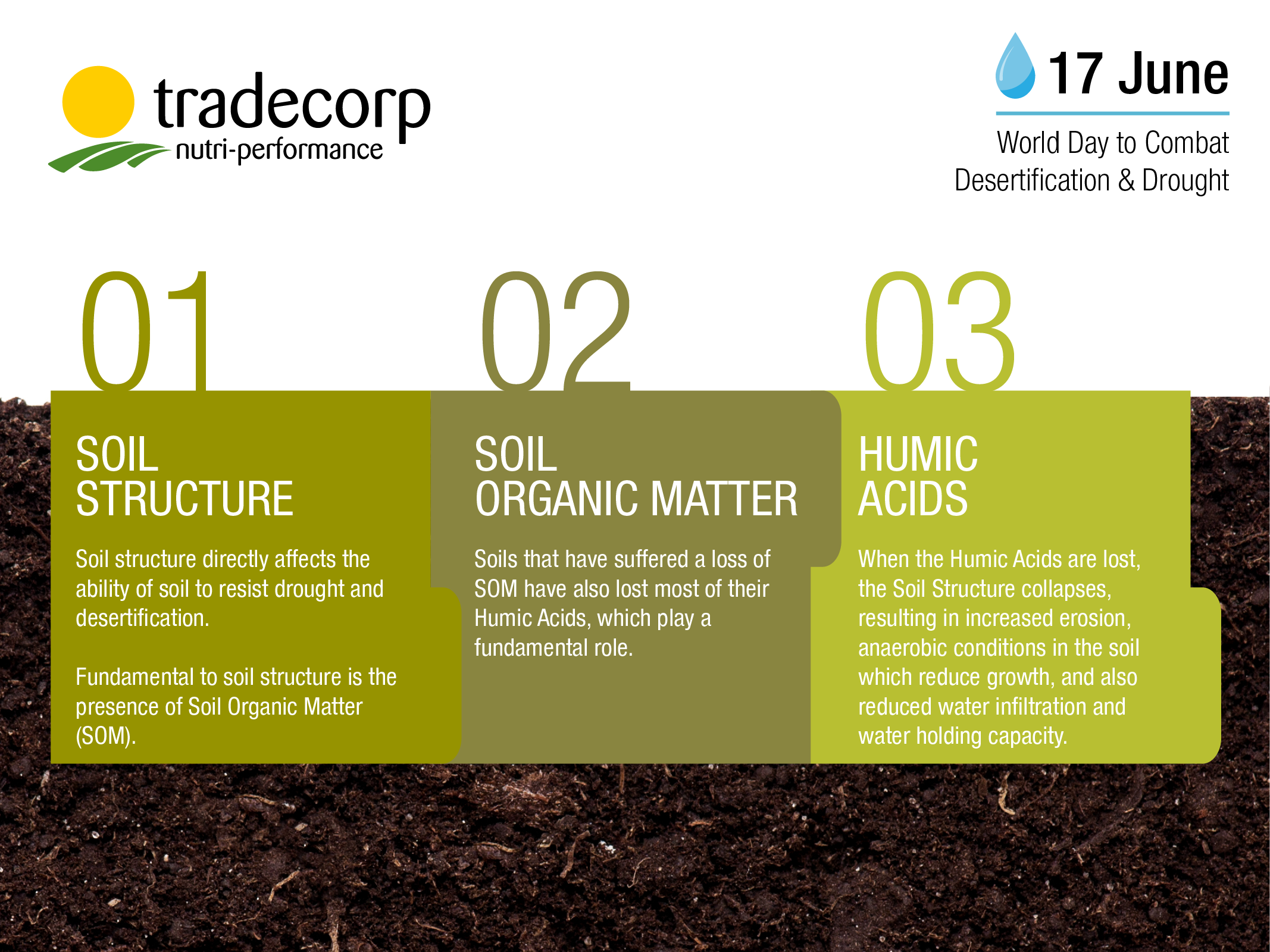 Tradecorp Humistar / Humifirst is a Humic Acids based product that helps replenish the Humic Acids that have been lost from soil.

The Humic Acids in Humistar / Humifirst help improve Soil Structure, which enhances the ability of the soil to retain water and promotes better plant growth. Improved Soil Structure increases the soils resistance to the effects that can lead to desertification, such as soil particle loss through wind and water erosion.

Additionally, Tradecorp Humic Acids increase root biomass, which enables more efficient uptake of water and nutrients. In addition more roots has a positive physical effect on Soil Structure as the roots and associated microbiota can “enmesh” the soil particles holding them in position reinforcing Soil Structure.

To find out more about our humic acids: https://tradecorp.com.es/en/products/humics/