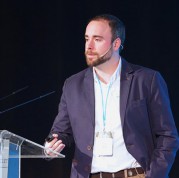 The EBIC board appointed Carlos Repiso, Biostimulation R&D Coordinator at Tradecorp, to head the Agricultural Committee (AgCom) recently. AgCom is involved in the redaction of the new European Fertilizer and Biostimulant Legislation, by setting the scientific requirements and standards for support the product registration, provides technical background to EBIC and promotes the diffusion of knowledge related to biostimulants in Europe. AgCom is one of three committees that form part of EBIC.

With this achievement, Tradecorp has assumed the leadership of two important working groups: The Agricultural Committee, and The Inorganic Substances Task Force. Carlos Repiso is the second member of Tradecorp to take on a leadership position. Irene Sobrado, European Regulatory Affairs Manager in Tradecorp, was appointed to chair the Inorganic Substances Task Force last year and also represents Tradecorp in the Secretariat of the working group ‘Task Force Spain.’

These groups are key in the development of the new fertilizer and biostimulant legislation. They play a major role in the collaboration with the European Commission for the creation of quality standards in the regulation of agricultural inputs across the continent. In addition, they set a new common framework guaranteeing that products sold in Europe reach high quality parameters. This limits the entrance of products that can lead to farmer confusion and disappointment onto the market.

Repiso joined the Tradecorp team in 2014. In 2017 he assumed his new role as Biostimulation R&D Coordinator, and since he has been leading innovation and biostimulant projects. He has a BSc and MEng in Agriculture from the Polytechnic University in Madrid, where he also collaborates on research projects for the Crop Science department. In addition, he also has a specialization in Plant Abiotic Stress from North Carolina State University.

The European Biostimulants Industry Council (EBIC) was founded in 2011, with Tradecorp being one of its founding members. Since its creation, it has grown, and currently encompasses 58 members. The group’s objective is to promote the biostimulant sector’s role within Europe in order to help advance sustainable agriculture, and to lobby for an adequate regulation for biostimulants within the framework of the new European regulation on fertilizers.