» News » Climate change and drought: their impact on the environment 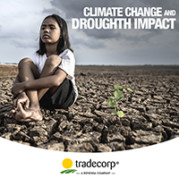 Climate change and drought: their impact on the environment

The consequences of climate change are obvious and are particularly visible in agriculture. One of the most noticeable effects are extreme weather events and drought, especially in southern regions of our planet.

Climate change has a significant impact on agriculture, given its dependence on geographical, climate and weather conditions. This problem affects millions of people around the world, but the worst consequences are felt in the southern hemisphere.

Although drought is also caused by human activity, global warming is hastening the degradation of affected areas. Climate change is responsible for the increase in drought episodes due to a lack of rainfall, and the rise in global temperatures is causing more water to evaporate from the world’s basins.

Consequences for the environment

The United Nations Convention to Combat Desertification (UNCCD) estimates that by 2025, 1.8 billion people will experience absolute water scarcity and two-thirds of the world will be living under water-stressed conditions.

Drought affects people by reducing their access to safe drinking water, as well as having a negative impact on their livelihoods. UNHCR, the UN Refugee Agency, estimates that in Somalia since the start of 2019, some 49,000 people have fled the country because of drought, seeking food and water in mostly urban areas. Similarly, in Afghanistan, Iran and Pakistan, “the drought, one of the worst in recent memory, has affected millions – causing dislocation, losses of livestock and damage to crops”.

Ultimately, drought has devastating effects on farming. Water is a vital element in crop yields, and a lack of water hinders their optimal growth. In addition, the desertification caused by drought means that the soil loses its capacity to provide nutrients to plants. As a consequence, crop yields decline and end up being insufficient “to meet the nutritional or economic needs of the community” (International Federation of Red Cross and Red Crescent Societies).

In its report entitled “The impact of disasters and crises on agriculture and food security: 2021”, the FAO  points out that “drought is the most destructive force for agriculture” in the least developed countries and low- and middle-income countries, “costing the sector USD 37 billion overall.” This damage to crop and livestock production also has an impact on food security and nutrition.

Sustainable land management is a good strategy to cope with drought. So is the implementation of organic farming, which reduces the emission of waste and greenhouse gases into the atmosphere and, by extension, acts as a tool to combat climate change. 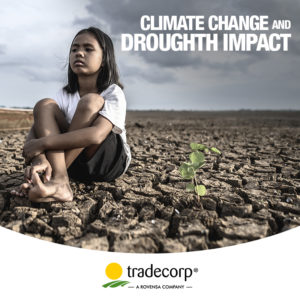