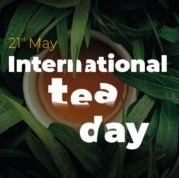 Tea, made from the Camellia Sinesis plant, is one of the world’s oldest and most widely consumed beverages, second only to water.

It has health properties and promotes wellbeing thanks to its anti-inflammatory, antioxidant and weight loss effects.

In recognition of the long history and profound cultural and economic importance of tea worldwide, the United Nations General Assembly declared 21 May as International Tea Day and asked the FAO to take the lead in this observance.

Tea production and processing is a basic economic source of income for millions of families in developing countries. In addition, the tea industry is a major source of export earnings for some of the world’s poorest countries and creates jobs in remote and economically depressed areas. The sale of tea generates wealth that goes to buy food in countries such as Kenya.

Tea in the world 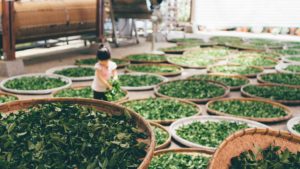 There are many varieties of tea available, depending on the oxidation and fermentation techniques applied. Some of the best known are white tea, black tea, red tea and green tea.

Although three quarters of the tea grown in the main tea-producing countries is consumed domestically, tea is a widely traded and exported product. 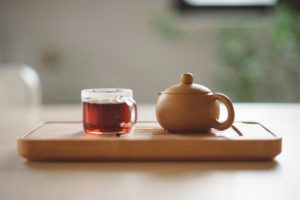 Photo by Manki Kim on Unsplash

The global tea industry has been growing rapidly over the last 10 years with an increasing number of consumers worldwide, as revealed in the FAO report: “Emerging Trends in Tea Consumption: Informing a generic promotion process”, published in April 2018. And despite this increase, per capita consumption is still low, so there is still ample room for growth.

According to this report, there are five clear trends in current tea consumption: 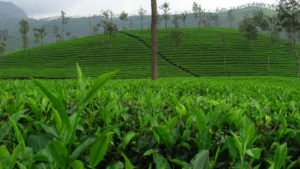 However, tea production is very sensitive to changes in weather conditions. It can only be produced in specific agro-ecological conditions and in a very limited number of countries that have monsoon climates. This means that climate change has a direct impact on crops.

Changes in temperature, rainfall, floods and droughts are already affecting tea yields and productivity, as explained in the foreword to the document“Report of the working Group on Climate Change of the FAO Intergovernmental Group on Tea”.

Prompted by these concerns and by the dependence of producing and exporting countries on this crop for their national economies, the FAO Intergovernmental Group on Tea (IGG/Tea) resolved to undertake the following:

The findings of this working group have revealed that the decline in tea productivity and yields is due to biotic and abiotic stress, which are directly related to climate.

The application of technology and innovation in agriculture, through the use of biostimulants, increases tolerance to abiotic stress. Biostimulants in agriculture encourage plant nutrition and growth processes irrespective of the nutritional content of the product. They aim to improve one or more of these plant or rhizosphere characteristics, such as nutrient use efficiency, abiotic stress tolerance, quality traits and the availability of nutrients contained in the soil or rhizosphere.

In addition, biostimulation has been shown to effectively reduce the impact of abiotic stress on crops when applied correctly, thereby maximising crop potential and productivity. 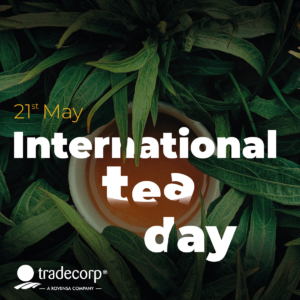