» News » Corporate news » Good nutrition can break the vicious cycle of poverty and malnutrition in a single generation, according to UNICEF 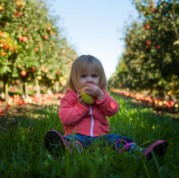 Good nutrition can break the vicious cycle of poverty and malnutrition in a single generation, according to UNICEF

The latter is an international treaty that recognizes the human rights of children and obliges governments to uphold them.

The Universal Declaration of the Rights of the Child has 10 principles that set out the obligations of States towards their most vulnerable citizens. Today, we would like to highlight Principle 4, which focuses on children’s health and nutrition:

“The child shall enjoy the benefits of social security. He shall be entitled to grow and develop in health; to this end, special care and protection shall be provided both to him and to his mother, including adequate pre-natal and post-natal care. The child shall have the right to adequate nutrition, housing, recreation and medical services.” (Principle 4) 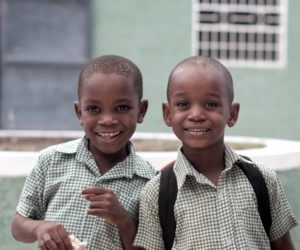 Photo by Zach Vessels on Unsplash

When we talk about the right to food, starving and undernourished children appear in our imagination. However, according to UNICEF’s 2019 report “The State of the World’s Children”, the face of malnutrition has changed. “One third of children under age 5 are malnourished – stunted, wasted or overweight – while two thirds are at risk of malnutrition and hidden hunger because of the poor quality of their diets”.

What is malnutrition: the facts behind the paradox

According to the World Health Organization, malnutrition in all its forms includes undernutrition, inadequate vitamins or minerals, overweight, obesity, and resulting diet-related non-communicable diseases. Both obesity and wasting, two forms of malnutrition, occur on the same planet.

Unicef has detected situations and countries in which “these three forms of malnutrition – undernutrition, hidden hunger and overweight – co-exist. This means that a single country may face the challenge of addressing high rates of stunting, micronutrient deficiencies, and obesity. Or a family may have an overweight mother and a stunted child.” This new concept has been named by Unicef as “the triple burden of malnutrition, a burden that threatens the survival, growth and development of children, economies and societies.”

The consequences of malnutrition

The effects of malnutrition, according to the UNICEF report, carry over into adulthood and reduce economic and social opportunities. A malnourished child is tired, pays less attention at school, gets worse marks, and has fewer opportunities for professional development. If an adult has poor nutritional habits, his or her children are likely to have them too.

This circle of malnutrition occurs in both developed and less developed countries.  For example, in the United States, child obesity is more common in families with limited education and low incomes. In England, child obesity rates are more than twice as high in poorer areas as in better-off areas.

Interestingly, there are five times as many fast food restaurants in the poorest areas compared to other areas. And in many cases the healthiest food is more expensive than the most unhealthy choices.

In less developed countries, on the other hand, the figures are alarming. Chronic malnutrition affects one third of children in places such as the Republic of Congo. Children living in remote areas have more difficulty gaining access to clean water, sanitation and health care. These failings in the system mean that they are less likely to finish school, more likely to catch diseases, and, in this vicious circle, more likely to remain impoverished.

According to UNICEF data, good nutrition can break this vicious circle of poverty and malnutrition in a single generation. With healthy food, even children with malnourished parents can grow up to reach a healthy weight.

While there are clearly a number of social and economic reasons that exacerbate malnutrition in developed countries, the marketing of food products also plays an important role in these unhealthy habits. Unicef has made a special appeal to food marketing, advertising, packaging and campaigns that are designed with children in mind and that create demand for so-called ‘junk food’ and sweetened drinks. According to Unicef, “food marketing is directly linked to growing overweight and obesity.”

Following this statement, the Unicef authorities suggest that the legislation in each country should be aimed at reducing the marketing of these products. Together with the World Health Organization, it also calls for the promotion of better nutrition and the regulation of the marketing of unhealthy food to children.

This website uses cookies to improve your experience while you navigate through the website. Out of these, the cookies that are categorized as necessary are stored on your browser as they are essential for the working of basic functionalities of the website. We also use third-party cookies that help us analyze and understand how you use this website. These cookies will be stored in your browser only with your consent. You also have the option to opt-out of these cookies. But opting out of some of these cookies may affect your browsing experience.
Necessary Always Enabled
Necessary cookies are absolutely essential for the website to function properly. This category only includes cookies that ensures basic functionalities and security features of the website. These cookies do not store any personal information.
Non-necessary
Any cookies that may not be particularly necessary for the website to function and is used specifically to collect user personal data via analytics, ads, other embedded contents are termed as non-necessary cookies. It is mandatory to procure user consent prior to running these cookies on your website.
SAVE & ACCEPT