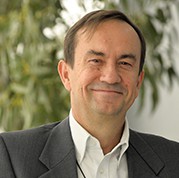 With effect from 15 February 2018, Jaime Gómez-Arnau was nominated the new Chairman of Sapec Agro Business Board of Directors, reinforcing the company on its path of internationalization and global growth, after its acquisition by the investment fund Bridgepoint in January 2017.

Jaime Gómez-Arnau was CEO of Cheminova and Vice President of FMC for Europe, Middle East and Africa, having initiated his career in 1976 in the area of plant protection and nutrition, with a professional career in several companies of the sector, such as Ciba Geigy or Rhône Poulenc Agro.

Commenting on the transaction, Hector Pérez of Bridgepoint, underlines the “extensive business and leadership experience of Jaime Gómez-Arnau in such a demanding field. It will be a tremendous added value in the new vision of the Sapec Agro Business as a global player in the agricultural business”.

The company is a global reference in its business areas, crop protection and crop nutrition, mainly represented by Sapec Agro and Tradecorp. The crop protection field have a greater presence in the southern Europe markets, being an Iberian leader in the manufacture, distribution and sale of differentiated off-patent products. The crop nutrition business it is currently present in about 70 countries.

Jaime Gómez-Arnau is “very enthusiastic about the new challenge”, that “has all the elements for the success: a highly motivated team, a diversified portfolio with grow potential and high quality human and technical resources”.

The company’s CEO, Eric Van Innis, affirms, “This is an important step toward our goal of accelerating business growth by opening new markets and launching innovative, in-house solutions.”

The continuous investment in technology, regulatory area, R&D and highly qualified human resources, are key elements that enable the development of differentiated plant protection and phytonutrients solutions, and also position the company in a prominent place on the international competitive arena. Currently Sapec Agro Business is present on five continents, and its products are developed in four industrial facilities located in European territory (Portugal, Spain (2) and Ireland).