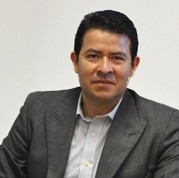 In line with the international expansion embarked on since its purchase by the Sapec Group, Tradecorp has announced a new strategic move in handling the America region. José Alfredo García, General Manager of Tradecorp Mexico, will take on the management of the entire America region as of March.

In full alignment with company strategy, this decision will allow the regions to join forces and take advantage of the synergies between the three markets that currently make up America for Tradecorp (Brazil, Mexico and Latin America). The new structure will promote the flow of information and team coordination, which will translate into improved customer service. This will continue being professional, customised and accessible, further consolidating its base in terms of specialisation and technical experience.

For Nicolas Lindemann, Tradecorp’s Executive Director, “America represents a very significant market for Tradecorp. This new structure will ensure global and local implementation of the defined strategy, which will allow us to continue growing sustainably and deliver results to our shareholders”.

Jose Alfredo García has shown his satisfaction with being able to “contribute to the growth of the company in America” and its commitment to farmers in the region “offering advanced solutions which allows them to produce food in a sustainable way”.

José Alfredo García has been the General Manager of Tradecorp Mexico since 2013 and has been standing in as General Manager for Brazil over the last few months. With more than 20 years of experience in the agricultural business in America, he also has an MSc in Crop Protection from the University of Chapingo, and an MBA in Business Administration and Global Management from the ITAM (Mexico Autonomous Institute of Technology) and the A. B. Freeman School of Business at Tulane.