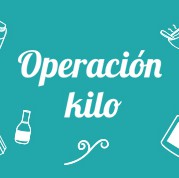 At the end of 2016, Tradecorp carried out, for the fourth consecutive year, Operación Kilo, a campaign in which food is collected and distributed to families in need in Madrid, Arévalo, and Albacete. The food collection points were located in the central office in Madrid, as well as in the factories in Albacete and Sanchidrián.

At the close of the campaign, 150 kg had been collected at the Albacete factory, 420 kg at the Sanchidrián factory, and 120 kg at the central office in Madrid. In addition, Tradecorp donates the same amount as collected by the team; the aid is doubled by Tradecorp.

This year, the donation has been directed to the following parishes:

Cáritas is the official confederation of entities of charitable and social action of the Catholic Church in Spain. With the food collected and duplicated by Tradecorp, we donated 1380 kg of food to families in need.