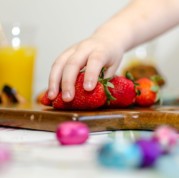 The amount of organic land and sales of organic produce continue to climb and have hit a new record high, according to the report “The world of organic agriculture. Statistics & emerging trends 2021”,  published by the Research Institute of Organic Agriculture (FiBL) and IFOAM – Organics International.

Organic agriculture is growing, and India and Kazakhstan are investing heavily in it

Conversely, Asia saw a decrease in the number of hectares under organic cultivation (-7.1%), mainly affected by decreases in China and Oceania (-0.3%).

If we take a closer look by countries, many of them reported a significant rise in the number of hectares under organic farming. This was particularly significant in India and Kazakhstan, which saw increases of 0.36 million hectares and 0.1 million hectares, respectively, i.e. +18.6%.

In the case of arable crops, cereals accounted for the largest area under organic farming (5.07 million ha), followed by pasture (3.2 million ha) and oilseeds (1.7 million ha). Organic cereals and oilseeds grew dramatically in 2019, registering increases of +309,738 ha and +182,561 ha, respectively, contrasting with a drop in the number of hectares for pasture.

A global market of over €106 billion

According to FiBL data, the consumption of organic agricultural produce exceeded €106 billion in 2019. The main organic markets were the United States (€44.7 billion), followed by the European Union (€41.4 billion) and China (€8.5 billion).

The market grew in 2019 in all countries in which data was available, with double-digit increases in some cases. Organic consumption in France recorded the strongest growth with demand going up by 13.4%.

Europe recorded the highest per capita consumption of organic products, with Denmark leading the way (€344), followed by Switzerland (€338), Luxembourg (€265) and Austria (€216).

In line with growing consumer demand for organic produce, the number of organic farmers and hectares is increasing. What was once a niche market has become mainstream and this is driving R&D to develop solutions that encourage environmentally friendly production without compromising productivity and crop quality.

In a recent interview with Agropages, Cathal Daynes, Tradecorp’s Global Technical Manager, explained the company’s approach to organic farming: “Tradecorp’s philosophy is that growers who follow organic and sustainable farming programmes must have access to premium quality, highly efficient products.”

Accordingly, Tradecorp offers a broad portfolio with over 50 organic agriculture solutions, approved under different standards, such as EU, NOP and JAS, and recognised by reputable international certification bodies, such as Ecocert, OMRI and FIBL, as well as national agencies. 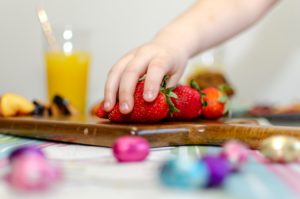