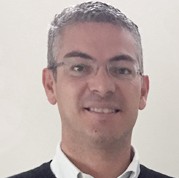 Raffaele Berardi rejoins the Tradecorp team as Country Manager of Tradecorp Italy, where he will work towards further developing and increasing business in the Italian market.

He will work alongside Managing Director, Luigi Taraborrelli, to contribute to the success of the Italy branch.

Raffaele studied both an undergraduate and PhD in Plant Pathology at the University of Bologna, where he gained broad experience in the study of fungicides.

Previously, Raffaele worked as a manager at Tradecorp in both the technical and commercial fields from 2010 to 2014. He has since occupied a position as Sales Manager in Certis Europe BV, where he gained relevant experience in the Italian market with a focus on pesticides.