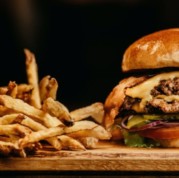 Today, 4 March, is World Obesity Day, a day in which we can join forces to bring awareness and help combat this progressive disease, whose prevalence has rocketed in recent decades.

Obesity is defined as abnormal or excessive fat accumulation that presents a risk to health by the World Health Organization (WHO). It is one of the consequences of malnutrition in the world, both as a result of over consumption of calories, and counterintuitively, also by a lack of sufficient calories. Obesity is increasing in many countries,  particularly in urban areas.

Obesity, a problem that affects all ages

The problem of obesity has been increasing particularly in the past four decades. According to WHO data, in 2016, more than 1.9 billion adults were overweight and of these, more than 650 million were obese.

Obesity is recognised as one of the leading risk factors for premature death around the world.

What is Tradecorp doing to help?

While the causes, and management, of obesity are varied, it is generally recognised that the consumption (but not the excessive consumption) of a diet that is rich in healthy and nutritious fruits and vegetables is helpful in the prevention, reduction and management of this complex global problem.

Tradecorp, as a leading global company and influencer in the Plant Nutrition and Biostimulant sector, is committed to helping Growers produce high quality fruits and vegetables that can be incorporated into healthy diets. We are also actively researching how to naturally increase the nutritional value, and nutritional density, of crops through better agronomic management as part of our efforts to ensure the world has access to sufficient healthy and nutritious food produced under the concept of sustainable and “Well Balanced Agriculture”.