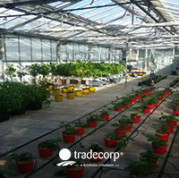 Tradecorp has renewed its cooperation agreement for yet another year with the School of Agricultural, Food and Biosystem Engineering’s (ETSIAAB) Crop Production and Phytotechnology Department, at the Universidad Politécnica de Madrid.

The greenhouse has become a very useful tool for testing some of the company’s lines of research. “This space is fundamental for our work,” explains Camila Levy, Tradecorp’s Global R&D Manager. “It facilitates preliminary live testing of new products and prototypes, which helps us to better understand modes of action, how products work, their dosage and the best phenological phase to apply them. This saves considerable time and resources when designing future field trials,” she added.

In addition to working with prototypes and new raw materials, these facilities are used to carry out comparative studies of new formulas for products that are already on the market, in order to verify their agronomic performance, as well as to study new aspects and different approaches to flagship products in Tradecorp’s portfolio. An example of this are the studies carried out with Phylgreen. Tradecorp has performed numerous agronomic and scientific tests that demonstrate the positive effect of Phylgreen in combatting drought and high temperatures. At the moment, new studies are being carried out in the UPM greenhouse on its effect on other types of stress such as hypoxia and root asphyxia.

Likewise, the partnership between Tradecorp and the UPM is also key for some of Tradecorp’s strategic projects, such as the Biotool platform. These facilities are used to replicate trials with protocols that are very similar to those being conducted in Landlab, the research centre leading the consortium. 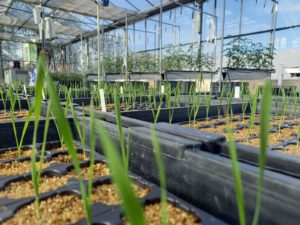 An incubator for talented young agronomists

As an agribusiness company, maintaining a close relationship with universities such as the UPM is extremely important for Tradecorp, not only for R&D projects, but also as a way to contact new generations of agricultural engineers.

The agreement with the UPM helps to bring the world of special plant nutrition and biostimulants closer to young agronomists, as well as acting as an incubator for talented graduates so that they can join different departments in the company. In fact, one of the most successful outcomes of the UPM agreement is that the greenhouse acts as a training platform for new agricultural professionals.

Innovation is a key part of Tradecorp’s strategy, with over 5% of its turnover being earmarked for R&D investments. In addition to the cooperation agreement with the UPM, Tradecorp has partnership agreements with over 20 research centres and universities in different countries. The company also plays an active role in the development of international regulatory frameworks and is a co-founder of the European Biostimulants Industry Council (EBIC).

Tradecorp has a proven track record in adapting to changes in agricultural technology and consumer trends. It has conducted over 1,500 field trials and currently has a portfolio of more than 200 trials per year. 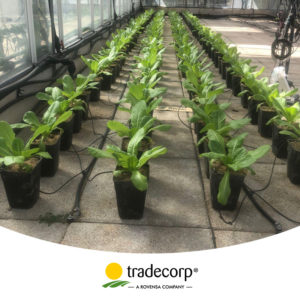 In March 2020, greenhouse activities came to a sudden halt with the onset of COVID-19. However, ongoing trials were completed albeit with many restrictions and limitations. In August 2020, trials were resumed again in full compliance with health measures and recommendations to ensure the safety of students and specialists.

At present, the Tradecorp team’s visits to the university and its facilities are somewhat limited, but the greenhouse is back to full capacity thanks to renewed efforts and improved online communication. With the renewal of the agreement until May 2022 and the improvement in the health situation, the company is confident that the coming months will be an excellent period in which to make progress with Tradecorp’s R&D projects.