» News » Corporate news » Women in science and technology: the key lies in increasing visibility and the availability of female role models 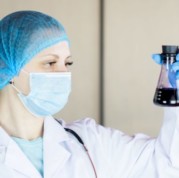 Women in science and technology: the key lies in increasing visibility and the availability of female role models

In the textbooks of millions of schoolchildren around the world, women only account for 7.6% of the scientific and technical role models.

In universities, women only occupy 28.5% of the places in STEM (Science, Technology, Engineering, Mathematics) degrees.

Less than 30% of the world’s researchers are women. Less than a third of young female students choose to study degrees such as mathematics and engineering. And when they do engage in research, they publish less than their male colleagues and receive lower salaries.

These facts and figures appear in the World Economic Forum study published in February 2020 which also contains information provided by the UNESCO in its report entitled “Cracking the code: girls’ and women’s education in science, technology, engineering and mathematics (STEM)”.

It is with these reasons in mind that the International Day of Women and Girls in Science is celebrated on 11 February, with the aim of encouraging girls and women to pursue a career in this area.

The risks of the gender gap in science :

Among other findings, the UNESCO report, cited above, analyses and tries to shed light on why only 28% of the world’s researchers are women, stating in the document that “leaving out girls and women in STEM education and careers is a loss for all.”

To compile all this data, the UNESCO conducted a survey in 120 countries around the world and found that women represent only 35% of all students enrolled in STEM-related fields of study. Men outnumber women in degrees related to information technology, communications, technology, manufacturing, construction, natural sciences, mathematics and statistics.

Of course, this report rules out biological reasons as the reason for this imbalance. There are no biological factors such as brain structure and function, genetics, cognitive skills and hormones to justify the gender gap. Nor are there any innate abilities.

The explanation seems to lie in external reasons, such as social, cultural and gender factors. Self-selection biases occur in which STEM careers are identified as masculine, and female skills are identified as being inferior to male abilities.

In addition, the family and especially mothers have an influence on girls, and in this sense, parents with higher socio-economic status are more open to girls choosing STEM careers.

Another factor that shapes girls’ choices is media representations of women. And in this sense, portrayals and role models in textbooks also influence girls’ perceptions of their abilities and their choices.

Female STEM teachers and their relationship with girls, the content of textbooks and even the way subjects are taught have a major influence. Practicing in laboratories brings science closer to girls, for example. The result is that, according to this report, only 15% of engineering graduates, 19% of computer science graduates and 38% of mathematics graduates are women.

What can we do to bridge and close this gap?

If the choice of education is determined by our stereotypes, then it is important for girls to have role models and mentors. Yet we need to look hard to find these role models, given that only 17 women have won the Nobel Prize in physics, chemistry and medicine since Marie Curie won it in 1903, compared to 572 men.

It is important that engineering-related activities begin at an early age and that girls can see themselves as engineers. Primary and secondary schools should promote a non-competitive learning environment. The aim is to create equality in the scientific environment and for girls to choose any career they wish without preconceptions.

Tradecorp aims to lead by example and has chosen a number of female partners and employees that can help to serve as role models for other girls and women around the world.

Rossella Bortolasso, Victoria Fernández, Raquel Valdés, Lydia Ugena and Ángela Varo are women who epitomize the slow road to reduce the gender gap in scientific careers. In their respective areas of responsibility, they are all examples for girls and young women to consider STEM studies as natural career choices. 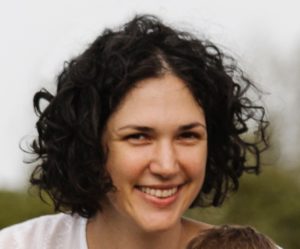 Rossella Bortolasso has made this clear: “I try to be an example to my daughter. I want her to know that she can be whoever she wants to be in life, and she mustn’t give up because people or society tell her she can’t be that person!”

Bortolasso works in the field of plant protection and biocontrol at Landlab, a leading agricultural research centre in Italy, and holds a degree in Biotechnology from the University of Padua.

Both Rossella Bortolaso and the other interviewees agree on the lack of female role models for girls and young women. Ángela Varo, an agricultural engineer and PhD who works in the Regulatory Department at Tradecorp, stated that “women who have made historic contributions to science have been totally ignored. These women have been forgotten and have consequently not been able to act as role models for subsequent generations of girls and women, who have been made to think that science is a male thing. This feeds stereotypes and means that women represent a much smaller percentage than men in scientific and technical degrees.”

The invisibility of women in science is the general feeling voiced by the four researchers and professionals we interviewed.

Lydia Ugena, a chemistry graduate and PhD in Experimental Biology from Palacký University Olomouc of Czech Republic, is member of Tradecorp’s R&D department, insists on the need to make women on STEM degrees more visible so that they can serve as an example for girls: “We need to put female role models out there.” Ugena believes that social factors also influence the choice of certain careers and it is important to point out that scientific and technical degrees provide “numerous professional opportunities in different areas which are related to science and are just as important, such as education, scientific outreach, organisation and participation in scientific congresses, as well as in the business world.”

Raquel Valdés, who has a PhD in Agricultural Engineering from the Polytechnic University of Cartagena and currently the R&D Manager at Ideagro, an independent research centre serving the agri-food sector, provides another observation on the absence of women in STEM degrees. Valdés believes that “girls do not choose scientific and technical careers because of the role that women have played until quite recently, which centred on looking after their families.” 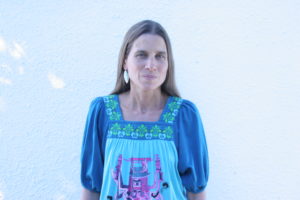 The good news is that things are changing. So says the qualified voice of Victoria Fernández, who received her PhD in Agriculture from Germany’s Humboldt University in 2004 and is currently part of the Research Group in Forest Ecophysiology and Genetics at the Polytechnic University of Madrid.

Fernández recognises that in her classes nowadays “the majority of my students are girls, and they generally get the best marks.” She acknowledges that she sees “that there are more and more female agricultural engineers working as specialists in international companies, which was unusual when I started out in my career.” 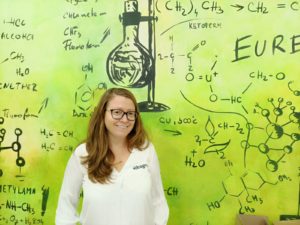 From her position in a research centre like Ideagro, Raquel Valdés also recognises that, at least in the agricultural sector, “women are involved in the entire value chain from the field to the laboratories, offices, factories, and processing industries, though perhaps to a lesser extent in technical meetings and scientific congresses.”

The four women who volunteered to participate in this post acknowledge that they have encountered or personally suffered an incident as a result of being a woman. Victoria Fernández was the most forthright in this sense, summing it up brilliantly: “I have to say things more often, louder and more forcefully than any man, and I often have to put up with disrespect and put-downs that I doubt would be shown to a male researcher.”

The female view of science

The female ecosystem does not have a common voice, and this became clear when we asked Tradecorp’s female researchers and partners about the female vision of their work.

This opinion differs from that of the other interviewees who, according to: