» News » Corporate news » Yes to the consumption of local, seasonal produce, and yes to a varied diet including products from all over the world 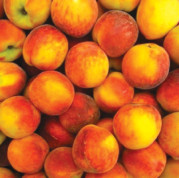 Yes to the consumption of local, seasonal produce, and yes to a varied diet including products from all over the world

We all like to see a well-stocked supermarket full of different products from around the globe, which can be purchased all year round.

However, to eat peaches, watermelon and melon out of season these products have probably had to travel thousands of miles. Transporting them will have generated several kilograms of greenhouse gases and the entire process of harvesting and putting them on the shelf will have consumed a great deal of energy in storing, packing and refrigerating them, before they reach their point of sale.

The product may even have an organic label in its country of origin. However, after travelling so many miles and the energy consumption involved, are these products really environmentally friendly?

According to Camila Levy, Tradecorp’s R&D Manager, who specialises in Environmental Management and has a Master’s degrees in Agrifood Resources Tropical Agriculture and Project Management, explained that something that is considered a sustainable product is one that has specific characteristics: It must be “ecologically sound, economically viable, socially fair and culturally diverse. The economic variable forms part and parcel of the equation, as does the social aspect. It is not enough to only focus on the environmental and cultural variables.”

In turn, the FAO, when referring to ‘Dietary guidelines and sustainability’ states that “sustainable diets are those diets with low environmental impacts which contribute to food and nutrition security and to a healthy life for present and future generations. Sustainable diets are protective and respectful of biodiversity and ecosystems, culturally acceptable, accessible, economically fair and affordable; nutritionally adequate, safe and healthy; while optimizing natural and human resources.”

In other words, sustainable food and diet take into account not only the benefits for the consumer, but also the benefits for the planet. The FAO is actually launching a series of recommendations which include following a vegetable-based diet, focusing on local, seasonal produce, reducing food waste, consuming fish from sustainable stocks, and cutting down on red and processed meat, highly processed foods and sugar-sweetened drinks.

Consuming local produce to reduce the impact on the environment

The European Food Information Council (EUFIC) is a non-profit organisation, established in 1995. Its aim is to provide science-based information to inspire and empower healthier and more sustainable food and lifestyle choices.

In a study published in September 2020, EUFIC analysed the impact of eating seasonal fruit and vegetables, as well as the implications of consuming products out of season and from other continents and latitudes.

However, far from condemning the consumption of foreign products, these researchers also considered the fact that global demand has helped to expand the world food market and has provided a more varied, consistent supply of fruit and vegetables throughout the year. This has been especially beneficial in countries with short production seasons, as it gives them a varied, balanced diet all year round.

For these researchers, global seasonality enables consumers all over the world to enjoy varied, fresh produce all year round with the nutritional benefits that this brings. Furthermore, they question whether local production alone is more beneficial to the environment, as this depends on the production systems used.

On the other hand, they do suggest reducing meat consumption as an interesting option, as this is beneficial both for a healthy diet and for protecting the environment.

One of the keys to this debate is the nutritional value of food. However, there are conflicting views on the subject.

On one hand, according to Ellie Pumpkin, a researcher at the University of California Berkeley’s Student Environmental Resource Center, “one of the major benefits of this [eating local, seasonal produce] is its increased nutritional value.” This researcher bases her statement on the fact that “when produce is shipped long distances, it gets harvested before it’s fully ripe and is coated with pesticides or other preservatives to keep it from spoiling during transport,” and she concludes that it loses nutritional value.

However, the group of researchers from EUFIC believes that the loss of nutrients is negligible, compared to the globally positive impact on health. “While storage and transportation have been linked to decreases in some micronutrient levels, the losses are still minimal in terms of the overall health benefits when you compare them to not eating fruit and vegetables at all.”

In other words, local, seasonal produce helps reduce the carbon footprint and greenhouse gas emissions. However, thanks to global production, a large part of the planet has access to a healthy and varied diet, which otherwise would not be available. The key, as is often the case, lies in finding the right balance.